Get this book in print

Joseph Blase is a professor of educational administration at the University of Georgia. Since receiving his Ph.D. in 1980 from Syracuse University, his research has focused on school reform, transformational leadership, the micropolitics of education, principal-teacher relationships, and the work lives of teachers. His work concentrating on school-level micropolitics received the 1988 Davis Memorial Award given by the University Council for Educational Administration, and his coauthored article published in the Journal of Educational Administration won the W. G. Walker 2000 Award for Excellence. In 1999 he was recognized as an elite scholar, one of the 50 Most Productive and Influential Scholars of Educational Administration in the world. Blase’s books include The Politics of Life in Schools: Power, Conflict, and Cooperation (winner of the 1994 Critic’s Choice Award sponsored by the American Education Studies Association), Bringing Out the Best in Teachers (1994, 2000, 2008); The Micropolitics of Educational Leadership (1995), Empowering Teachers (1994, 2000), Democratic Principals in Action (1995), The Fire Is Back (1997), Handbook of Instructional Leadership (1998, 2004), Breaking the Silence (2003), and Teachers Bringing Out the Best in Teachers (2006). His recent research (coauthored with Jo Blase and Du Fengning, 2008), a national study of principal mistreatment of teachers, appeared in The Journal of Educational Administration. Professor Blase has published over 120 academic articles, chapters, and books.

Jo Blase is a professor of educational administration at the University of Georgia, and a former public school teacher, high school and middle school principal, and director of staff development. She received a Ph.D. in educational administration, curriculum, and supervision in 1983 from the University of Colorado at Boulder, and her research has focused on instructional and transformational leadership, school reform, staff development, and principal-teacher relationships. Through work with the Beginning Principal Study National Research Team, the Georgia League of Professional Schools, and public and private school educators with whom she consults throughout the United States and abroad, she has pursued her interest in preparation for and entry to educational and instructional leadership as it relates to supervisory discourse.

Winner of the W. G. Walker 2000 Award for Excellence for her coauthored article published in the Journal of Educational Administration, the University of Georgia College of Education Teacher Educator Award, the University of Colorado School of Education Researcher/Teacher of the Year, and the American Association of School Administrators Outstanding Research Award, Blase has published in international handbooks and journals such as The Journal of Staff Development, The Journal of Curriculum and Supervision, Educational Administration Quarterly, and The Alberta Journal of Educational Research; her eight book editions include Empowering Teachers (1994, 2000), Democratic Principals in Action (1995), The Fire Is Back (1997), Handbook of Instructional Leadership (1998, 2004), Breaking the Silence (2003), and Teachers Bringing Out the Best in Teachers (2006).

Blase has authored chapters on becoming a principal, school renewal, supervision, and organizational development; her recent research examines the problem of teacher mistreatment. She has published over 90 academic articles, chapters, and books, and she also conducts research on supervisory discourse among physicians as medical educators and consults with physicians in US hospitals and medical centers. 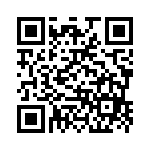